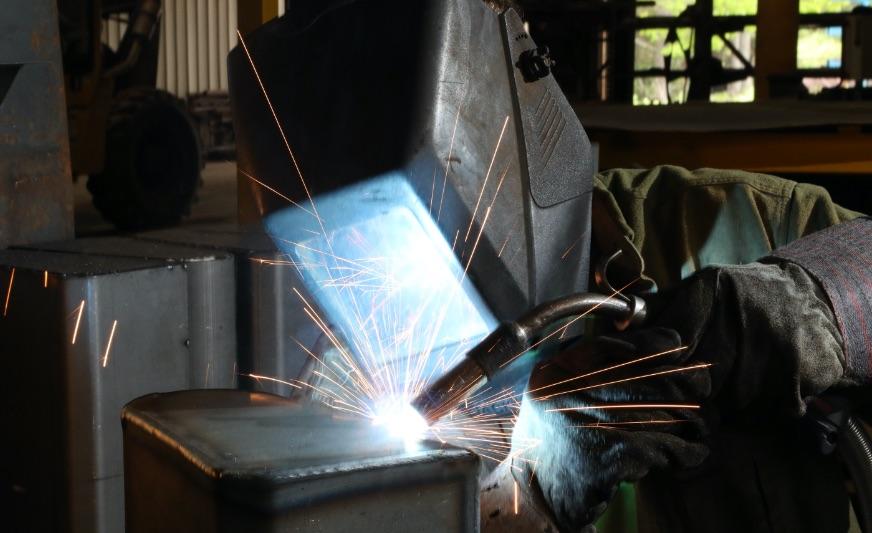 Our team of certified, and experienced welders, with decades of experience in the industry, are adept at fabricating even the most complex designs.

Massie Manufacturing has partnered with Peninsula Powder Coating and K&D Fabrication so that the customer does not need to bear any additional freight or handling costs associated with getting their goods finished with either powder coat or wet paint. And if your part requires plating or heat treating, we have the connections to make that happen.

When you receive your parts, they are complete and ready to use. From initial cutting and bending, to machining and welding, paint and plating, we can provide it all. One of the biggest benefits of Massie Manufacturing is our flexibility.

With our state-of-the-art technology and machinery, we can manufacture a one-off prototype or a run of 500 frames. Massie Manufacturing will meet all customer requirements and supply the best quality while improving our system, customer satisfaction, and delivery performance.

In the early 1960s, Raphael Massie started Ray’s Welding in a small building in Keweenaw Bay, Michigan. After several years there, Ray’s Welding moved into Baraga. The shop was moved several times over the course of its early years.

After Raphael’s passing in 1978, his wife Francis acquired the ownership, and the operations were done by their sons, until 1983 when Peter Massie and his brother Robert partnered and bought the company from Francis and ran the shop together until Robert retired in 2005.

The shop is currently owned and managed by Peter, with his daughter, Rhonyah planning on stepping in after finishing college. Peter has worked hard to expand the shop’s abilities to meet existing customer needs and to find new customers.

In 2007 the shop was awarded its first army contract and that created a whole new opportunity. Massie Manufacturing now works with several major suppliers to the Department of Defense. All the while continuing our relationships with our long-standing customers.